WATCH THE MEATRIX, A BRILLIANT SPOOF OF THE MATRIX

DINNER AT LE CRUEL A waiter and his patrons (+-1min30)

The issue of laboratory grown, or In Vitro meat is not a new one; scientists have been working on this for several years.

The project has been funded by a wealthy, anonymous donor who aims to slash the number of cattle farmed for food, and in doing so reduce one of the major contributors to greenhouse gas emissions. Of course, simply changing to a plant based diet clearly has not come into the equation; The idea is that in 15 to 20 years lab meat will be commonplace and cost effective; the other thought is that there will be those who want ‘real’ meat, whatever the cost !!

The slivers of muscle grow between pieces of Velcro and flex and contract as they develop. To make more protein in the cells – and so improve the texture of the tissue – the scientists shock them with an electric current.

It has been suggested that people will retract from the idea of lab grown meat; it would be a horror indeed if the current carnists prefer to eat the remains of abused, mutilated animals who went kicking and screaming, as it were, to their deaths, over meat produced in a healthy, sterile environment. Where no one is castrated, de-tailed, debeaked, de-toed without painkillers, forcibly taken from parents / young, confined, fed unnatural food and denied every natural behaviour and killed at a young age.

If you are currently vegan or vegetarian and have enjoyed your plant based lifestyle till now, would you consider eating cruelty free flesh? For information on the process, visit http://en.wikipedia.org/wiki/In_vitro_meat

AN EXCELLENT  PRESENTATION that says it all, about climate change, planetary crisis and livestock farming

Beauty without Cruelty embraces all who wish to make the world a better place by choosing compassionate options. We do not advocate that our members follow a specific diet. Those are your choices to make. We can recommend, however, that for those who wish to live a truly compassionate life, a vegan lifestyle is the logical and only way to live. An easy way to start is to embrace Meat Free Mondays and see just how eay it is to live a kinder lifetsyle that will benefit you, the planet and all who share her. 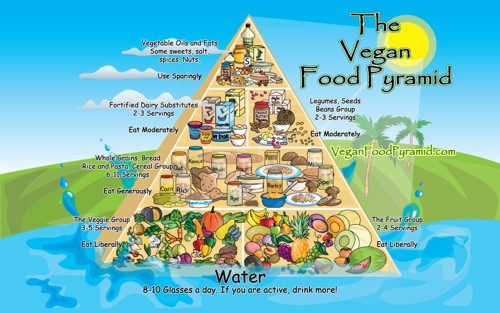 An excellent blog : Over the last couple years, I’ve noticed some similar recurring responses that people have when I tell them I’m vegan. They go something like this, “Oh, I’m practically a vegetarian. I mean, I don’t eat red meat.”  Read more here: /files/Chicken and Fish don’t grow on trees.pdf
Source: www.girlygirlarmy.com

Veganism is really living with compassion, conscience and conviction. A part of living without cruelty encompasses not only what we eat, but how our food choices will affect other humans on the planet as well as the implications of the lives and deaths of food animals. Clearly, truly living without cruelty ultimately means vegan organic living, however all choices made to live with more compassion will benefit the animals as well as helping to save the planet and ultimately you. Fishing Hurts! Fish are now known to suffer tremendously when caught on a hook, so ‘catch and release’ is equally unacceptable! Fish have feelings, and along with Chickens, are the most abused beings on the planet!

The first question usually asked of vegans is “what do you eat”. The answer quite simply, is everything else!

Vegans enjoy all kinds of plant foods – fruits, vegetables, grains, nuts, seeds, legumes and fungi (mushrooms, yeasts), and food made from these.

Vegans choose not to eat any foods derived from living or dead land, air or sea animals nor any other animal by-products likeÂ gelatin, or cochineal which isÂ a red food colouring made from crushed beetles, or shellac, a brittle or flaky secretion of an insect, or honey, an insect secretion. They do not wear anything of animal origin. They try and avoid any products that have resulted in the suffering or death of another living being.

Tradition, culture, habits and taste ought not to be the overriding influences in our food and lifestyle choices.

Since the development of industrial agriculture and factory farming, the impact of food production on the environment has intensified.

Inefficient and unsustainable use of land, soil erosion and contamination, air and water pollution, and massive consumption of oil involved in the production of plants and animals have all been documented.

There is a growing awareness of the shocking conditions under which factory-farm animals are raised and slaughtered.

For many people it can seem daunting to make the change and so to start with, Fry’s frozen food, found countrywide include Sausages, Cutlets, Schnitzel, Polony, Burgers and more and are highly recommended. Imana & Knorrox make a range of dried soya mince products while Gold Dish make Soya Mince in tins which is inexpensive and tasty for a quick meal. These give the comfort of familiar foods. Soya and rice milks are readily available. Alpro, found in large supermarkets, offers ready made custard and a pouring cream that really cannot be distinguished from dairy cream.

Finding vegan food is easier than it’s ever been. You can now also buy vegan cheese, vegan chocolate, vegan ice-cream, vegan mayonnaise, vegan sausages, burger patties …the choices are almost endless. Eggs are easily replaced in cooking and in fact there are many recipes for cakes, pancakes, biscuits etc that do not require eggs. One can still have a hot breakfast that includes mushrooms and grilled tomato and fried banana, for example.

TOFU – THE OTHER WHITE MEAT

Probably the most challenging thing for most people is to consider trying TOFU! It is Soya bean based, with minimum processing and made much in much the same way as dairy cheese. It looks like soft feta and has no flavour. Which is fantastic, because it can be blended and sweetened with maple syrup and used as a cream, or made into a savoury sauce for creamed spinach, cauliflower ‘cheese’ or mushroom sauce, used in fruit smoothies and ‘scrambled’ with turmeric, fried onion and herbs for breakfast on hot toast!

Add a large slab of melted dairy free chocolate to a block of silken tofu and blend until you have a chocolate pudding / mousse.

Once the decision has been made, how you choose to veganise is up to you. Some people go vegan overnight, others prefer a transition, slowly changing their choices. It is really easy to remain healthy on a vegan diet. After all, we know that being a meat-eater doesn’t automatically mean you are a healthy eater! Living on fast foods and fizzy drinks is extremely unhealthy regardless of whether or not meat is included.

On the matter of vegetarianism, you either are, or you are not. Eating any form of sea life, land animal or bird, however occasionally, means you are not a vegetarian.

THINK ABOUT IT – you probably already eat vegan options; spaghetti arrabiata, baked beans on toast, vegetable bakes with olive oil, nachos with salsa and guacamole, veg spring rolls, vegetable stir fries with pasta or rice…  When eating out, if for example you fancy a greek salad, ask for avo instead of feta. Order vegetarian pizza with no cheese, have avo instead. Order the vegetarian risotto with no cheese. You’re paying – they will make a plan! .

VEGANISM AIN’T NO PLACE FOR SISSIES!

Veganism takes courage and dedication. Courage to accept the almost inevitable disbelief, occasional mockery and antagonism from others and the Dedication to live life with the least amount of harm to any others. Veganism is not about what you eat, but who you are.

For many meat eaters and vegetarians, veganism seems extreme. Nothing could be further from the truth. Veganism embraces all life with respect and compassion. Vegans rejects the use and misuse of others for their own ends. Vegans reject utilizing anything that will have resulted in the use, suffering or death of another living thing. Veganism is not a whim.

Keep in mind that occasionally you may well consume animal products unintentionally. Don’t  beat yourself up. In today’s  world it is almost impossible to avoid animal products. You do the best you can! Every bit helps. 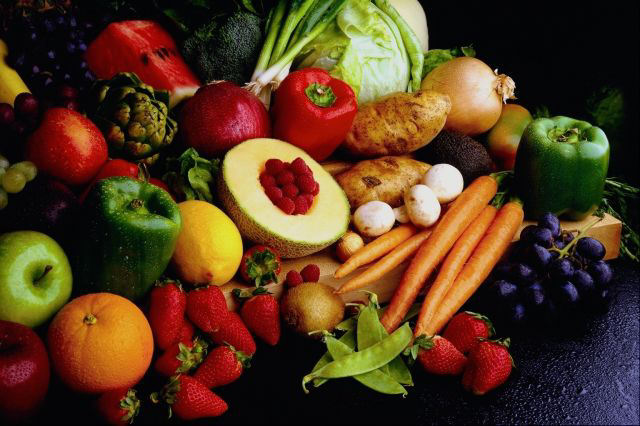 November 1st has been designated World Vegan Day, a global celebration of a healthy and compassionate lifestyle free from all animal products. More and more people are embracing this way of life, as much because of concerns over the health problems associated with eating meat as animal welfare.

If you still are eating meat in any form, like No Smoking Day you may wish to commit to a totally animal free food day – try having a take a plate day at work where everyone contributes something different.

Giving blood regularly may save one life a year, eating compassionately can save up to 97 lives a year, including yours!

Don’t be put off by the label. 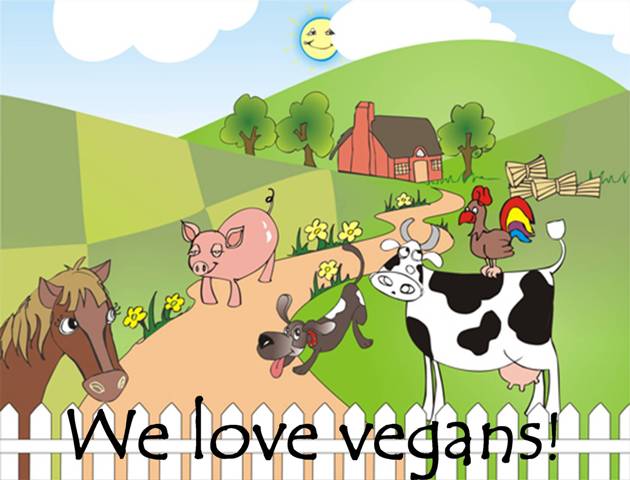 Diabetes
A number of studies have linked cow’s milk consumption to the development of insulin-dependent diabetes in children. It is believed a protein in the milk, called beta casein, is recognised by the body as foreign and attacked by the immune system. But because of this protein’s resemblance to insulin-producing cells of the pancreas, these are also attacked – in error – in what is known as an auto-immune response.

Calcium
Green leafy vegetables such as kale are as good or better than milk as calcium sources.

Fat content2
Most dairy products contain high levels of fat as a percentage of the calories they yield. For instance, whole milk is 49 per cent calories from fat, cheddar cheese 74 per cent and butter 100 per cent.

Lactose
Many people of Asian and African heritage are unable to digest the milk sugar, lactose. It can cause eczema, excess mucus, muscle cramps and heart problems.

Colic
Milk proteins can cause colic, a digestive upset that is suffered by one in five infants. Milk-drinking mothers can also pass cow’s milk proteins to their breast-feeding infants.