Dog racing has been illegal in South Africa since 1949. We oppose all forms of animal racing, rodeos and animals in entertainment and we are most strongly opposed to the proposal to legalise dog racing after more than 70 years! BWC was present at the last public hearings in Cape Town, 5 years ago, and should there be hearings again, we shall be there.

5 years ago, despite a massive lobby by the pro-racing fraternity, the Govt responded positively to overwhelming evidence of the cruelty and welfare concerns related to dog fighting.

Dog racing has many inherent welfare concerns that includes:
animals being seen only as a commodity to make money, resulting in lack of affection and care
puppy mill / backyard breeding with the resulting neglect, cruelty, abuse and killing of dogs unsuited to racing,
we already have a serious unwanted animal population;
being confined to small cages when not training with no social interaction with other dogs;
dis-regard for veterinary care, as this is considered an unnecessary cost;
injuries through racing, and often being forced to race although injured through drug use;
‘bait’ animals are often used to train racing dogs;
the contribution to the use of dogs for hunting;
there is seldom a life of luxury for retired dogs – usually they are simply dumped / discarded or killed, often cruelly.

Dogs in ‘training’ in South Africa

Dog racing is currently not legal, nor has it been traditional, anywhere in Africa and the UK, USA and Australia have seen a decline over the years, with tracks closing down and fewer punters at existing tracks. With a worldwide decline precisely due to inherent cruelty, it makes no sense to wish to legalise it now. 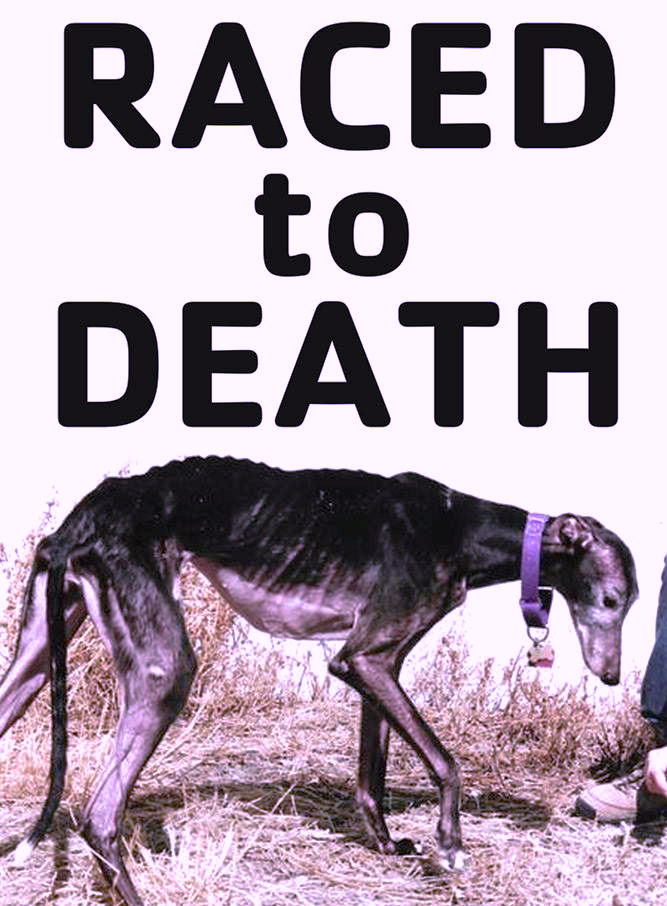 There are significant financial implications for gamblers, where not just the dogs suffer, but the financial situation for people in poor communities is dire and will only become worse if greyhound racing is approved., as it would lead to illegal racing and illicit gambling, and will also worsen an already out-of-control animal welfare crisis in South Africa and the further commodification of animals.   There is nothing at all to justify the inevitable results of dog racing, which includes  an increase in gambling in socio economic groups that can least afford it, the resulting family chaos, the puppy mill aspect, the dumping, starving or killing of excess dogs, or the dumping at already overburdened welfare organisations and the commodification of delicate, highly strung dogs. Add to this the use of ‘bait dogs’ to train them, often stolen pets or found for free on line, and you have a horror story of epic proportions.

While people understandably cry out ‘what about horse racing’ – it’s already here, and in no way serves as the thin edge of the wedge to allow the re-introduction of dog racing, which is in decline around the world! Dog racing is not legal anywhere in Africa.

BWC was at the stop greyhound racing protest held in CT Sat 21 June, outside parliament. 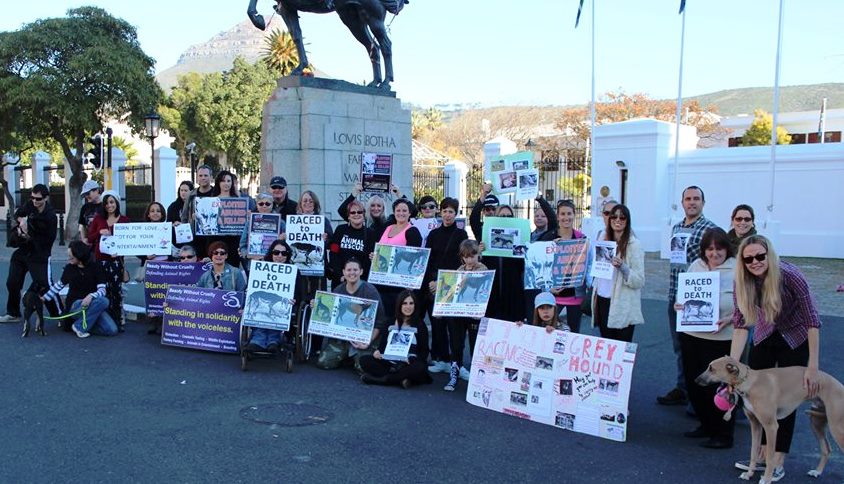 As of July 2014, we can confirm the Dept of trade and industry has declined to legalize dog racing. What a victory for all who fought this battle! What wonderful news! Thank you to all who wrote in, signed petitions, protested and stood up.